The title of the whole piece is : 2012 AMERICAN FAMILY. 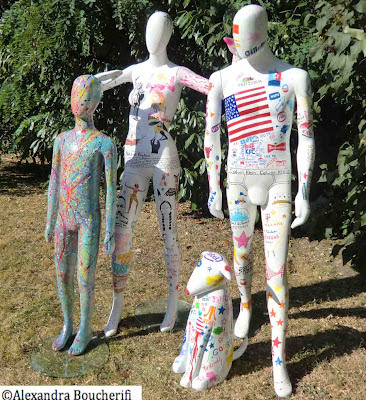 I have really thought of the concept which would be represented by every person in the family.

The man stands for economics and politics (+ pride to be an American with the flag). That is why you can see the brands of what he drinks, wears or eat ! There's a bit of humour in this because to me, art can be more than something too serious. The man gots the main American industries on his body (oil, food, fashion, movie, games..) 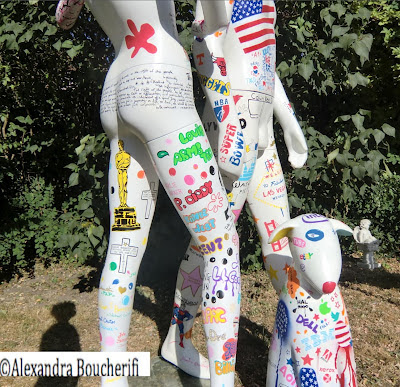 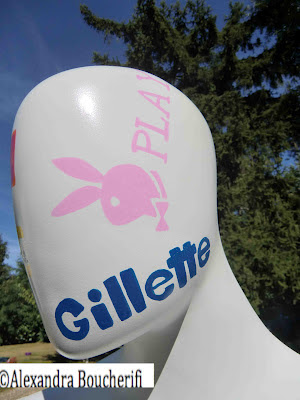 There is also a glince to LGBT as I wanted to testify somehow the history from the stonewall until now. 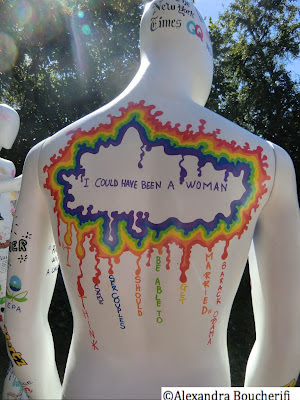 The woman represents the history of the United States of America : the adventure part from the Mayflower with the Pilgrim fathers to the first step on the moon with Neil Armstrong (R.I.P.), the Bill of Rights, some of the great people, the Black and the Native Americans. And also a special tribute to soldiers through WWII's heroes. There is of course a part of culture (music, cinema...). 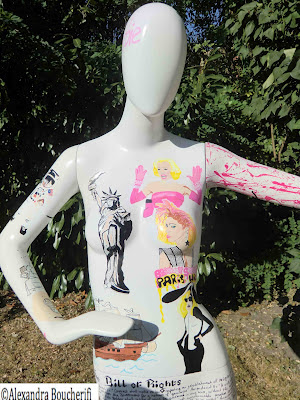 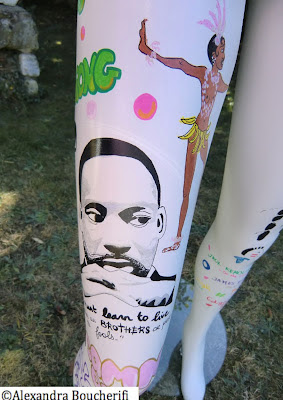 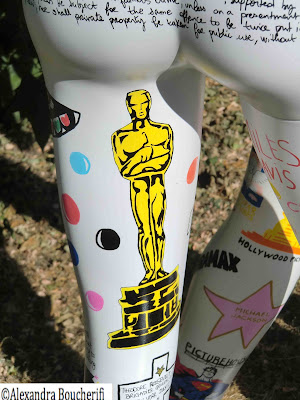 The dog deals with high tech. He is the special guest coming from Palo Alto/ Silicon Valley... as you could guess. And that is right ! 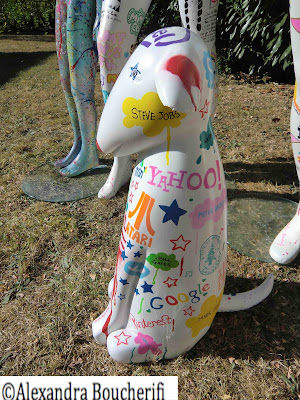 And the kid... the kid, look at him/her. She/he is the future. Stepping from the past (special mention to Jackson Pollock and through him, to the American creation). And the future... looks bright ! 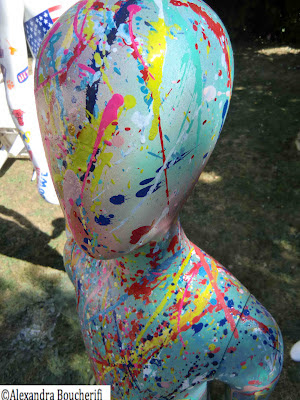 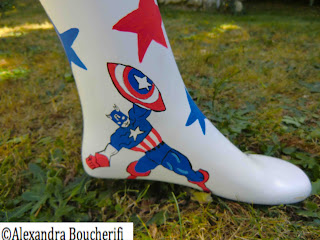 Exhibition from the 14th of september to the 6th of november at Dorothy's gallery, American Center for the Arts, 27, rue keller, 75 011 Paris. M° Bastille. 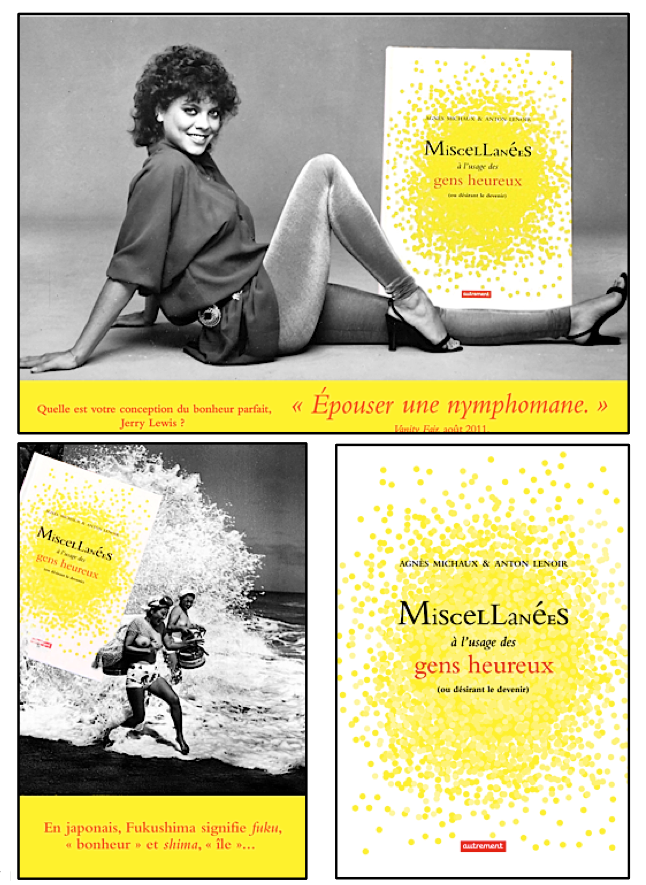 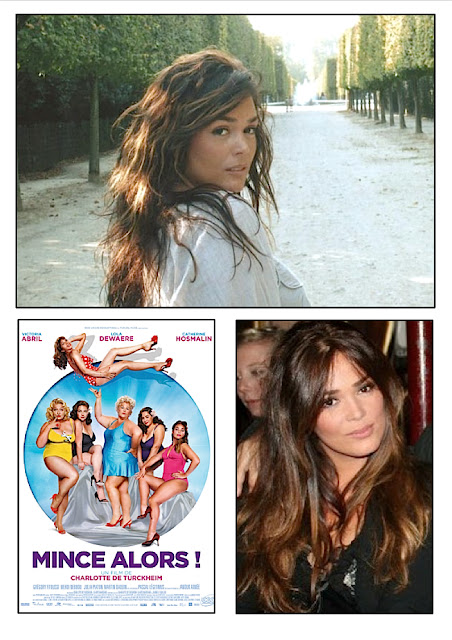 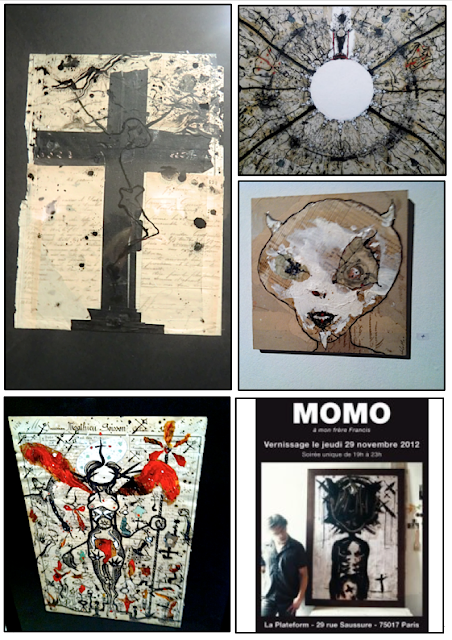